My Experience With A Borrowed MeFOTO Tripod

Recently my wife and I made a trip to our nation's capital city, Washington, D.C. While my wife was going to take part in a conference, I was going to be a tourist and, hopefully, get some great photos along the way.

I knew that I wanted to take a tripod with me, but I wasn't sure that I wanted to take my trusty old (but big) Manfrotto. With that in mind, I asked my friend, and local photographer, +Marty Hegr, if I could borrow his MeFOTO tripod, which I had seen him using on a few photowalks that we had attended together.

Below are my thoughts:

Thankfully Marty said "yes" to my inquiry about borrowing his tripod.

My first consideration, and biggest reason for asking to borrow it, comes down simply to size. I wanted something smaller than my Manfrotto. As you can see in the photo, the MeFOTO is quite a bit smaller. When measured, the MeFOTO RoadTrip is just over 15" in length, while my Manfrotto, with head, is just under 25". That's nearly a 10" difference, which is HUGE.


The smaller size of the MeFOTO meant that we could pack it into our rolling carry-on case, rather than me needed to carry it through the airport and onto the flight. I've traveled with the Manfrotto before, but have done so either with my large Lowepro backpack, which I didn't take this time, or by taking it apart and packing it in a checked bag, which we didn't have for this trip.

In actual use, the MeFOTO is quite different from my Manfrotto. One thing that I don't think I quite got used to, but isn't necessarily a bad difference, is the leg locks. I'm certainly used to the ones I've been using for the last 10+ years, but I could easily adapt to the MeFOTO style. I did have occasion where I didn't get them locked completely, or I just wasn't sure. The center column lock is the same, and was the one where I was more likely to not have completely locked. 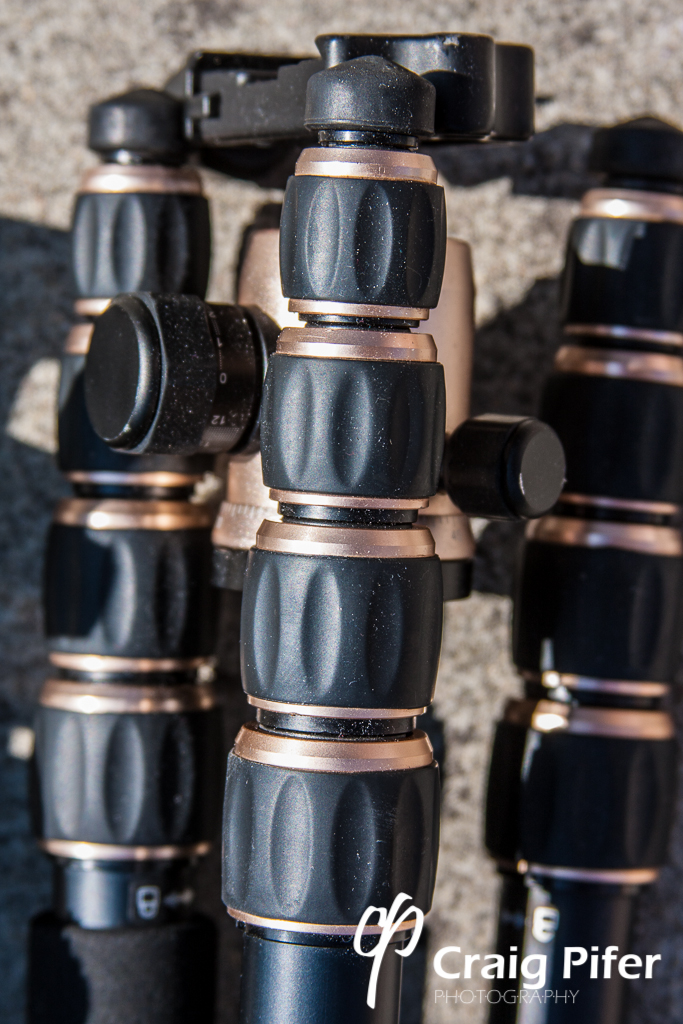 I also had to get used to the different head. The MeFOTO has a nice ball head, but my experience with ball heads has been very minimal. It took me just a little while to work out what each control/lock knob did on the head. I'm sure that I would easily grow accustomed to the head and the leg locks with more use of the tripod.

I mentioned that I didn't take my Lowepro backpack with me on this trip. Instead, I traveled with my standard bag, a Domke F-2. The downside to this bag is the absence of any method to attach a tripod. I could have taken my backpack and had that available, but the bag would have been much too large for my needs.

Admittedly I did not use the tripod very often. I carried it nearly everywhere with me though, which would have been overly burdensome with my larger, and heavier, Manfrotto. I did come up with a solution though to free up my hands. My Domke bag has some metal o-rings for attaching a short handle/strap. I simply used the hook on the bottom of the MeFOTO's center column, which can be used to hang extra weight to steady the tripod more, to hook onto one of the rings. 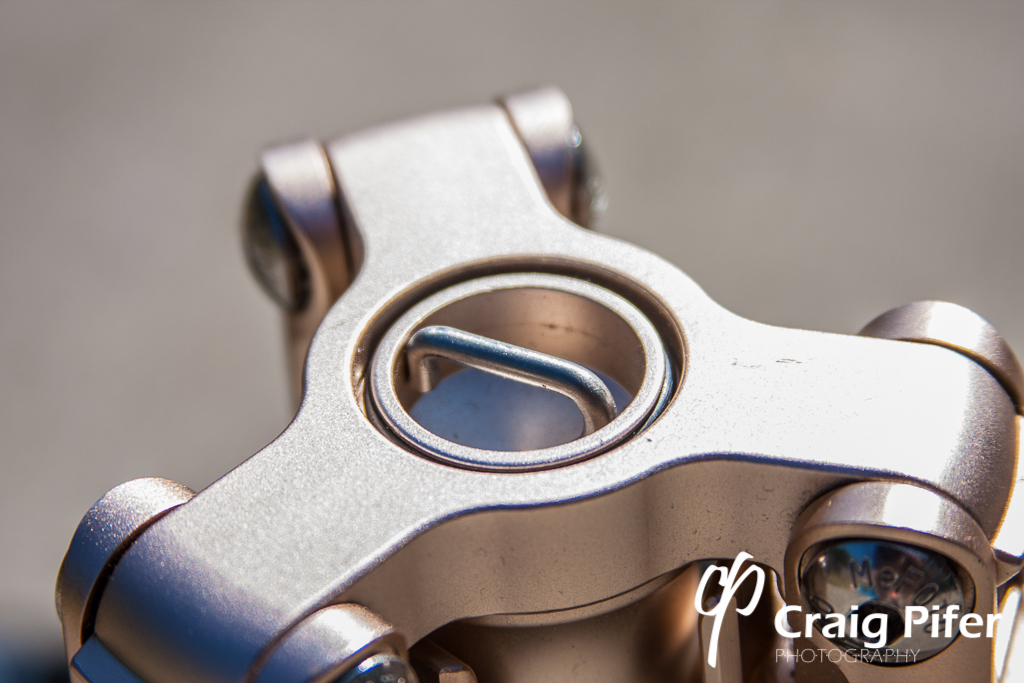 The downside to this method was that the tripod would dangle and had a habit of banging into my leg. When I got tired of that, I would take it off and carry it again. the nice thing was being able to have both hands for the camera without worrying about setting the tripod down and forgetting it.

Later I found that I could easily slip one leg of the tripod over that short handle/strap and let it hang off the front of the bag, and not the back. Upside to this was that the tripod didn't bang my leg. I did have some concern over it possibly damaging something in my bag, which doesn't appear to have happened, and I did keep checking to make sure it was there since it wasn't hitting me all the time.


As I said, I didn't use the tripod very often, and carried it for many miles with no advantage to me. However, I am pleased with a few of the shots that I acquired through using it.

Final thoughts:
The MeFOTO is a great little tripod. I would certainly love to have one, but I'm not going to go out and buy one anytime soon. If I were traveling frequently, then yes, I would be likely to get one. Considering this was my first flight in 5 years, I'm not generally short on space when going somewhere.

Did it take some getting used to? Yes. Does that detract from the usefulness? Not really. I should have spent a little more time with it before the trip, but it really only takes a few minutes to figure out how it works. I appreciate the small size and the convenience afforded by that.

Is it sturdy? I would say yes. The ability to take some long exposure shots without evidence of camera shake certainly vouches for its sturdiness. Remember that hook on the bottom? That can be used to add extra weight if it's windy, or you just think it's not sturdy enough for your needs.

Colors? If you check out the MeFOTO website, you'll see that these tripods are available in a variety of colors. While Marty has the gold one, which is fine, I would probably end up going with the boring black or the titanium colored version. I'm sure that my 8 year old daughter would choose purple though. The point is, they have several colors to appeal to a wide variety of tastes.

I would definitely recommend the MeFOTO to anyone looking for a small, lightweight travel tripod. Yes, it is more expensive than what you might pick up at the local big box store, but it is worth it in quality.
Developed by Craig Pifer