Tuesday evening I had the opportunity to make some outdoor portraits of these two young children. I thought I'd go ahead and share a few favorites, giving their mom a chance to see some before the final product is delivered. 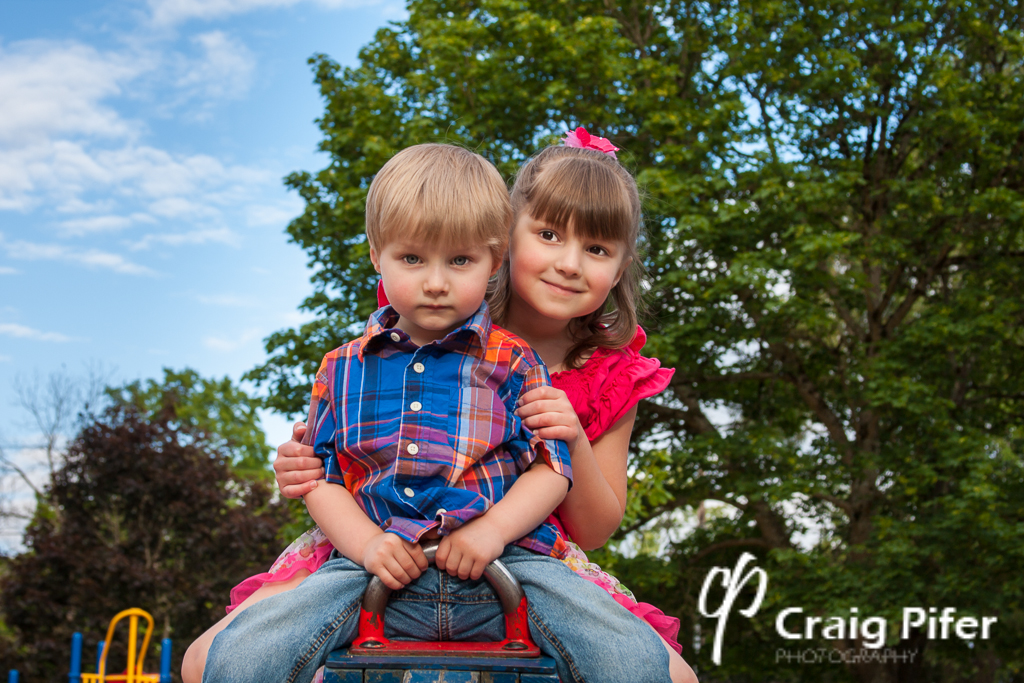 We started out at the playground of one park here in Salem.  I had envisioned photos on the merry-go-round, and we were lucky enough to find a park that still had one. I sat on one side, my subject, in this case Preston, was directly opposite of me, and to my right my oldest daughter held onto my light stand with my off-camera flash. Someone then spun the merry-go-round, and I attempted to use a slow enough shutter speed to capture the blurred background. I think it worked well, and it's something I might enjoy exploring further at some time. 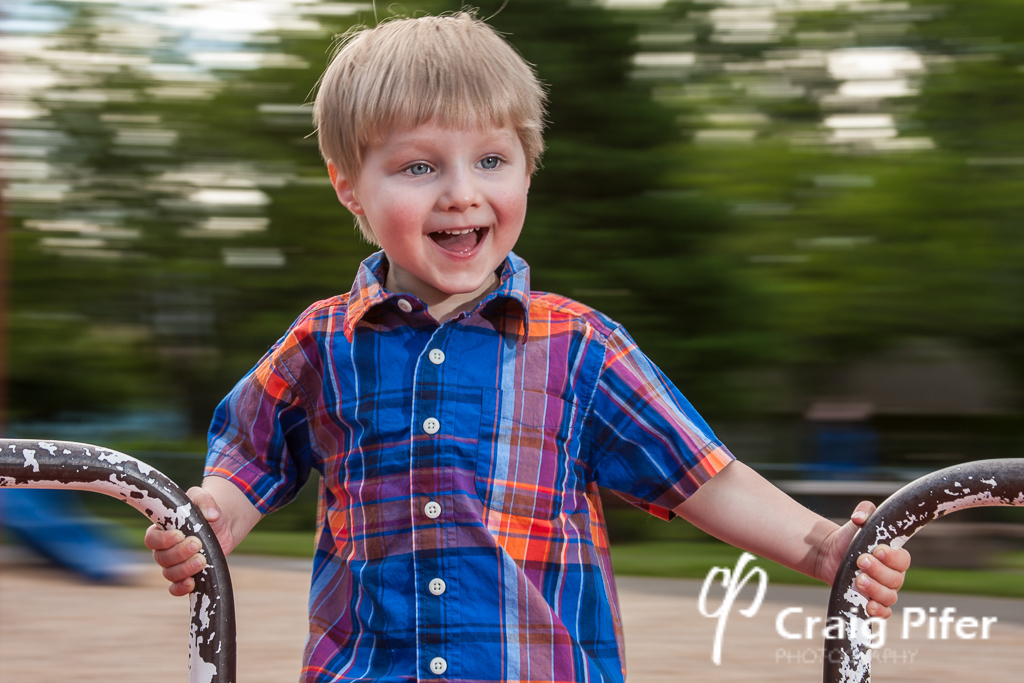 After succeeding in dizzying myself on the merry-go-round, we explored a few other areas at the playground. I used a variation of my off-camera flash technique that I blogged about a few weeks ago. This time my flash was on a lightstand and I used a master flash to trigger the slave. I was concerned that I would have problems as this setup doesn't always work well outside due to the brightness overpowering the optical signal. Thankfully it was partly cloudy and the setup worked well most of the time. 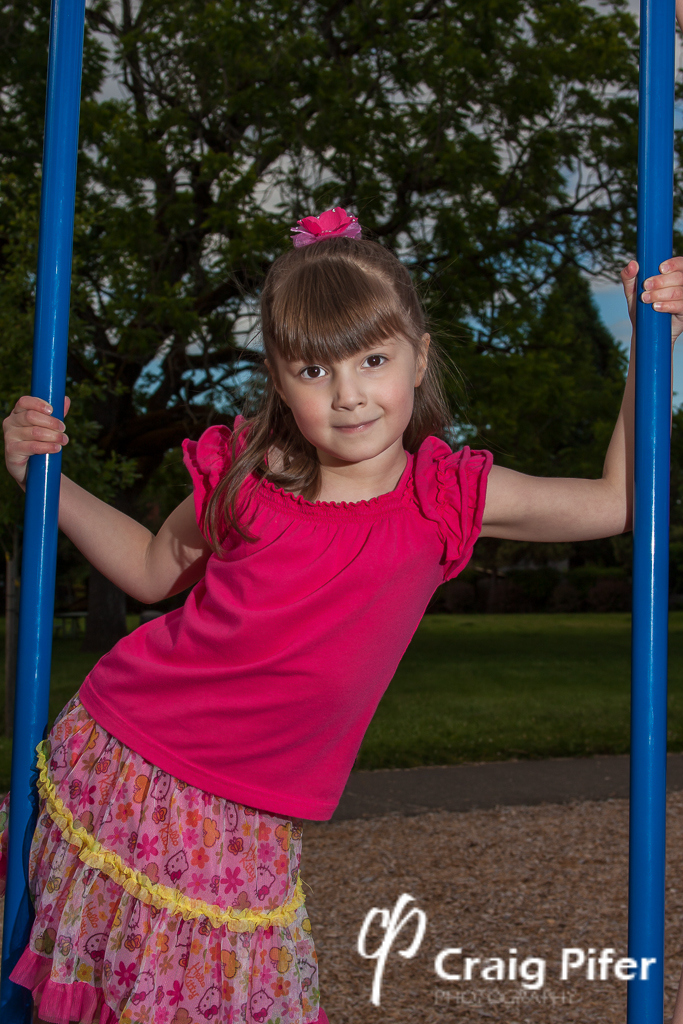 After exhausting our options at the playground, we headed over to Bush Park, which is a large park in Salem with many different areas to explore. We mainly stayed near the rose garden area and gave the children a chance to climb, or rather sit, in the trees. 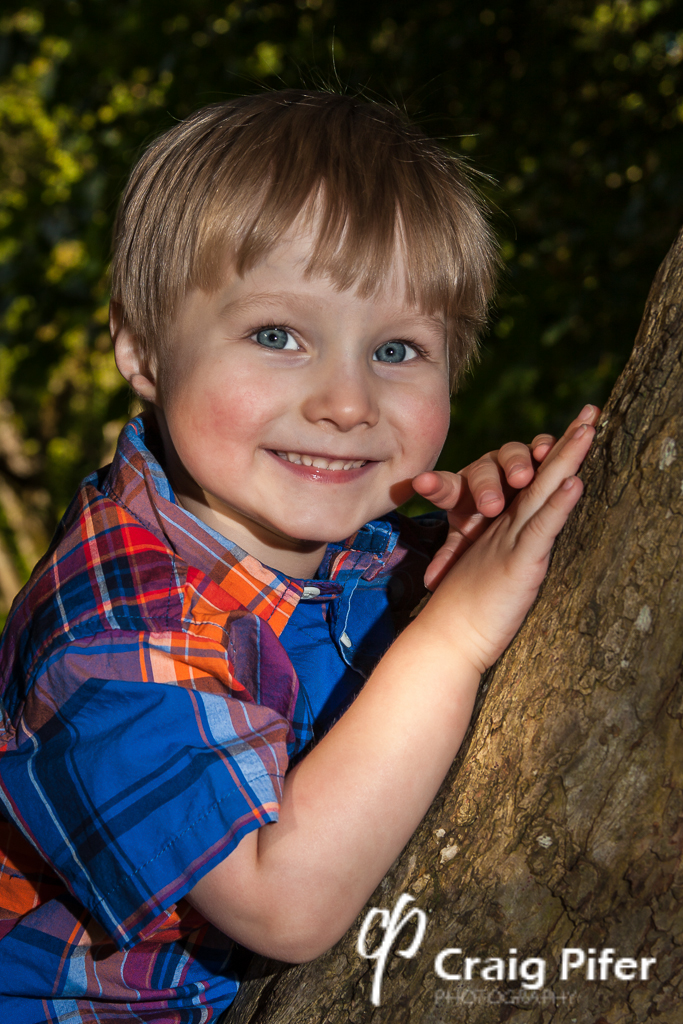 The beauty of using a lightstand for my flash is the ability to set it anywhere, and then to move it slightly to try a different lighting angle. It also allowed me to keep both hands on the camera, something my usual "playground mode" doesn't allow. 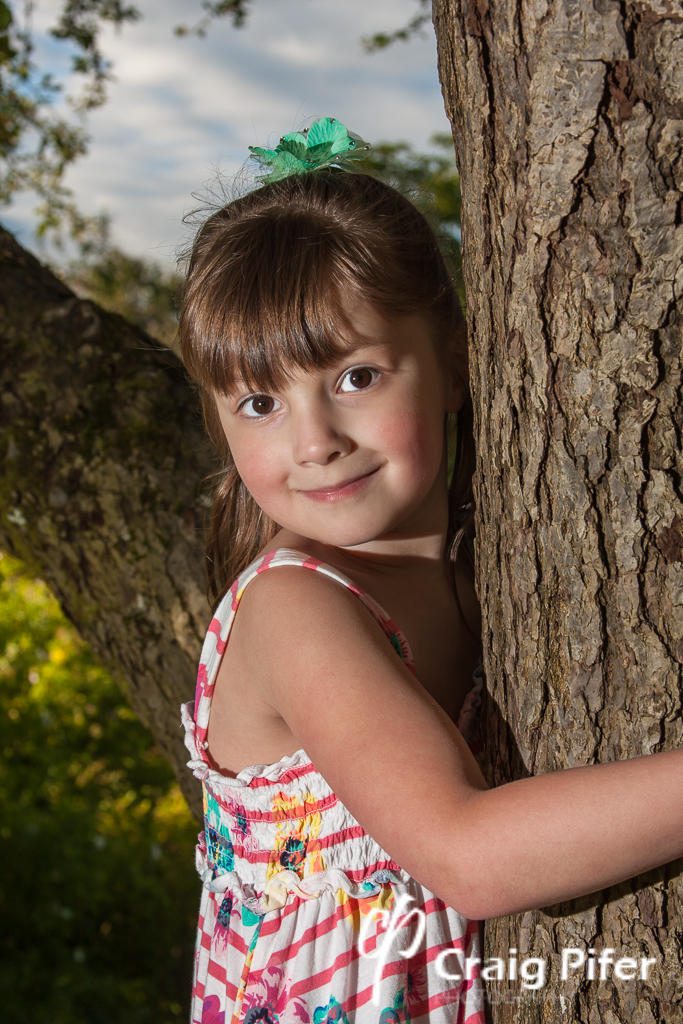 I do hope that Hannah and Preston's mom is pleased with these photos, as well as the others that "made the cut" from our session. I can't see any reason why she wouldn't be.
Developed by Craig Pifer