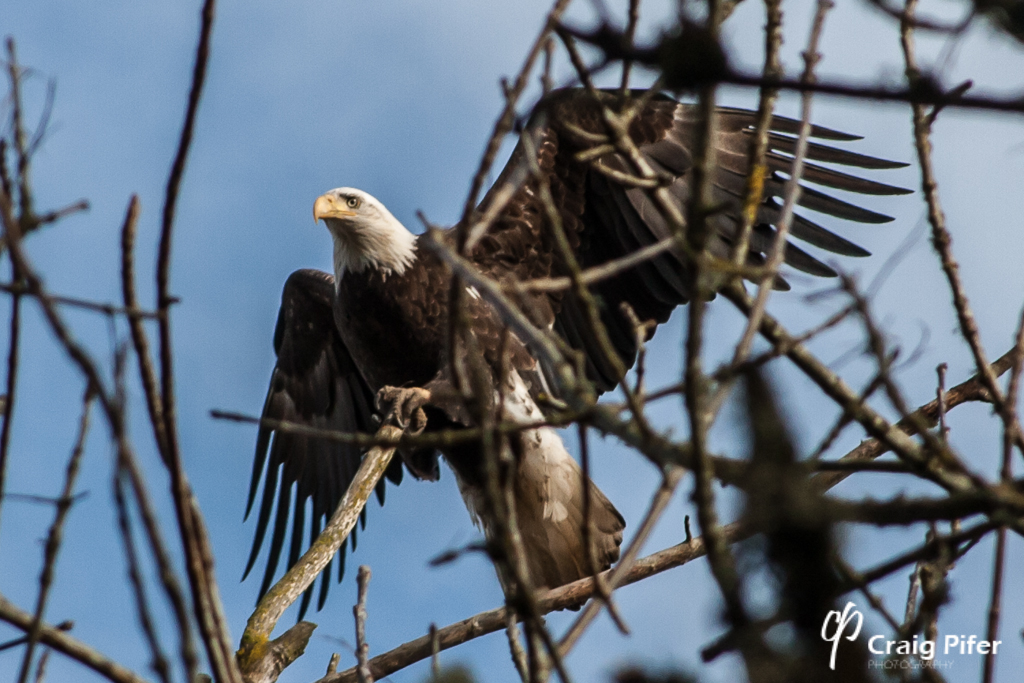 While I don't consider myself to be a wildlife photographer, it is certainly something that I enjoy when I can. I don't have the long telephoto lenses of the great wildlife photographers, but I can certainly aspire to that. I do my best with the shorter focal lengths that I have, and occasionally get what I believe to be a decent photo.

Today's excursion to the local Ankeny National Wildlife Refuge certainly yielded good results for me. Please continue on for the story and more photos.


The family ventured out today for a bit of drive, which found us at the Ankeny NWR, just a few miles from home. We made a few stops to view what wildlife we could. There are generally plenty of geese and ducks to be seen, the occasional hawk, and even, at this time of year, some swans. Our real hope was to see some bald eagles.

Although a bit elusive, bald eagles certainly do make appearances at Ankeny NWR. It was just about two years ago that I saw a couple of the eagles while visiting with my oldest daughter. It had been the first time that I saw wild eagles in Oregon.

Today our last stop was the Rail Trail, which is, for the most part, a board walk trail through the woods. As we were walking along my oldest daughter pointed something out. As we looked, we noticed a bird flying overhead. We were all thinking that it was one of the fairly common hawks, but as it flew directly overhead again I noticed that it was a juvenile bald eagle. It then landed at the top of tree, just above the trail, and sat there for several minutes. 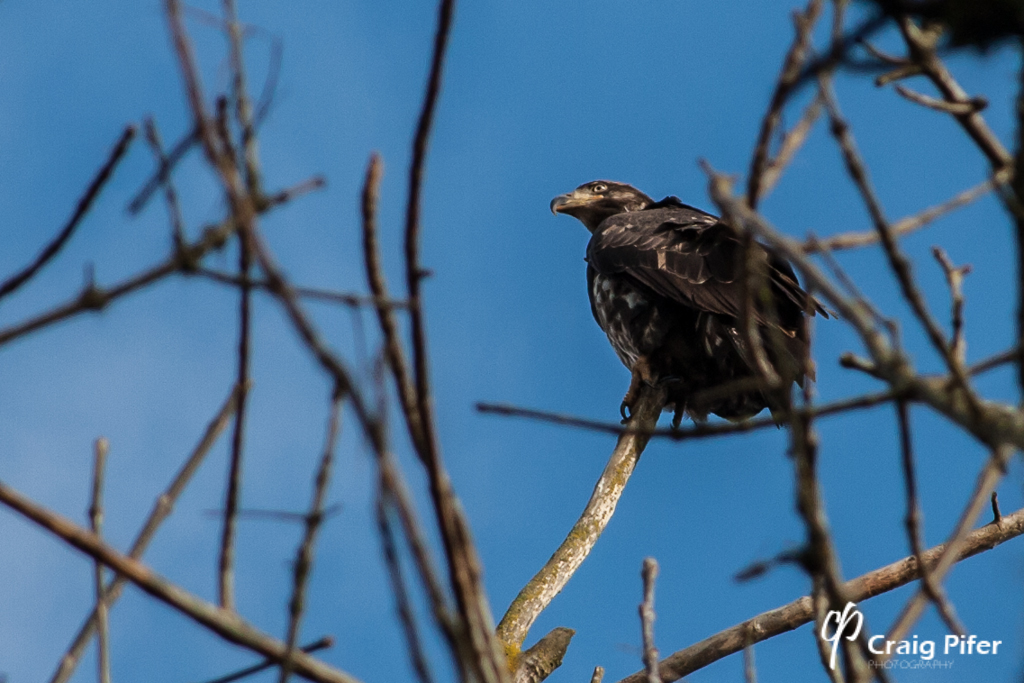 I kept hoping that he (she?) would do something to make for more exciting photographs. Taking off or stretching the wings would have been great. Nothing happened, and I have to admit that I got a bit bored, after all, how many photos do I need of an eagle sitting and doing nothing.

Finally, something was happening though. He was making some movement, so I kept the camera trained on him and kept taking photos. 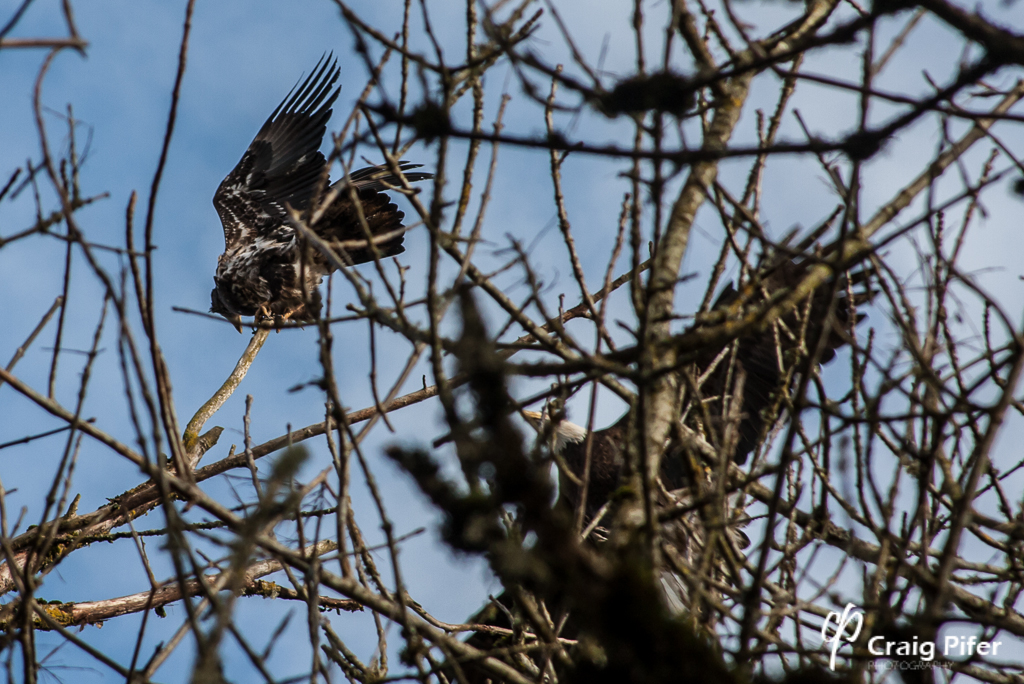 After I took the above shot I noticed something new in my viewfinder, something which I had captured in this frame. It took me a second to realize what it was. 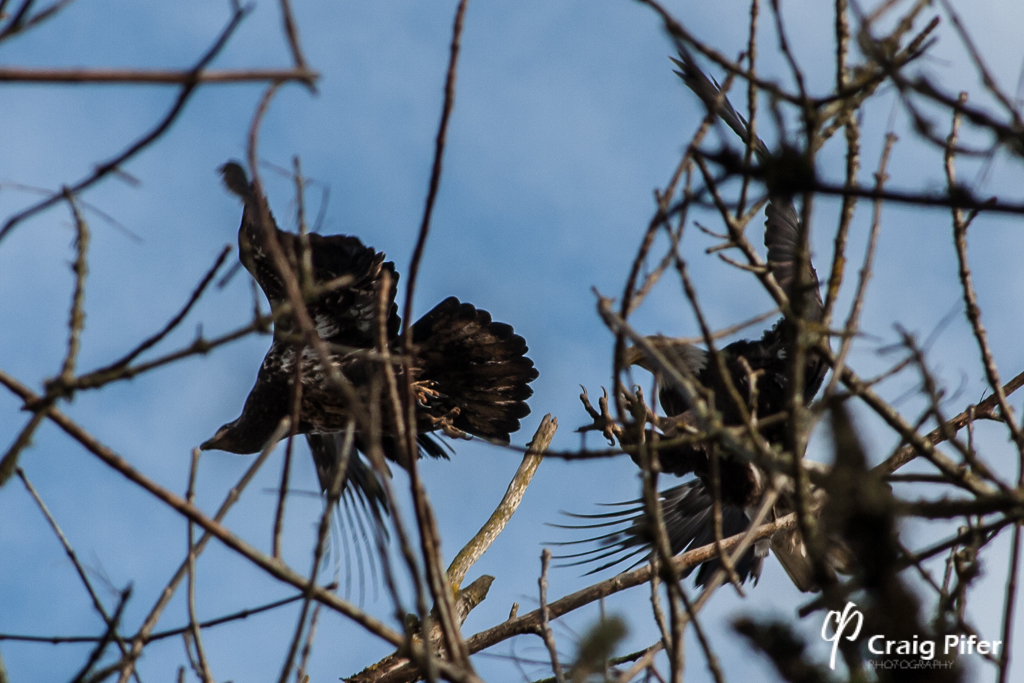 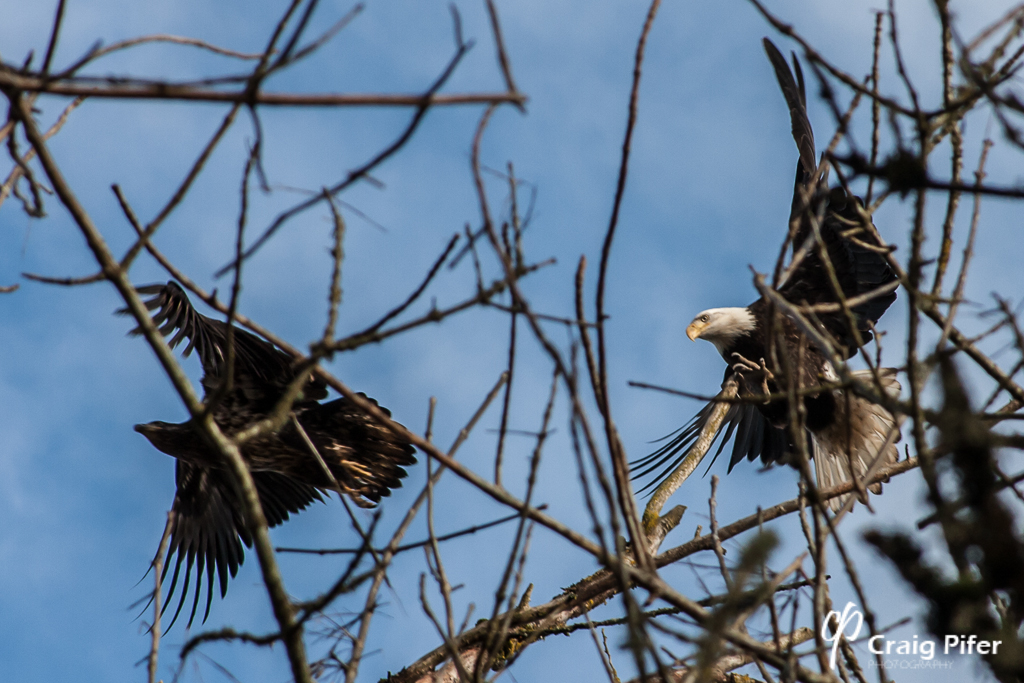 By this time I knew exactly what was going on, or rather who the newcomer was. The youngster was taking off, but the adult bald eagle took his place, landing on the same perch. So, what else could I do but keep taking photos? Oh, I know, I could get excited about this. That's right, my wife and children had continued on down the path while I was getting ready to give up on the younger eagle. They heard me saying something to the effect of "Oh, yes!" or some other exclamation of excitement upon seeing this changing of the guard.

Here are a few more shots of the adult as he finished settling in and of him just sitting quietly. 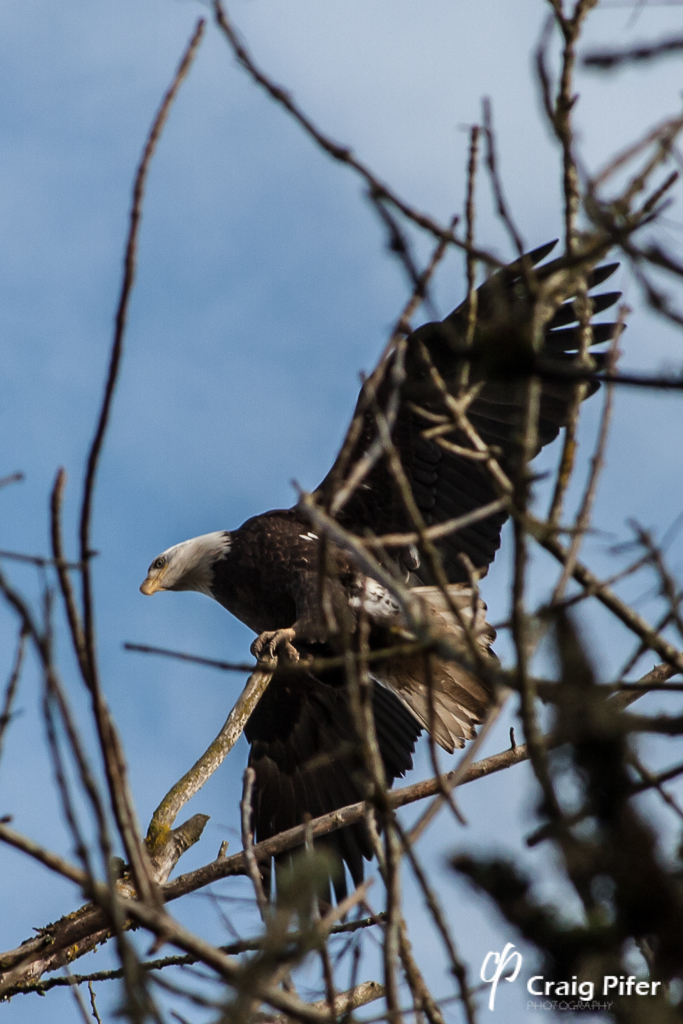 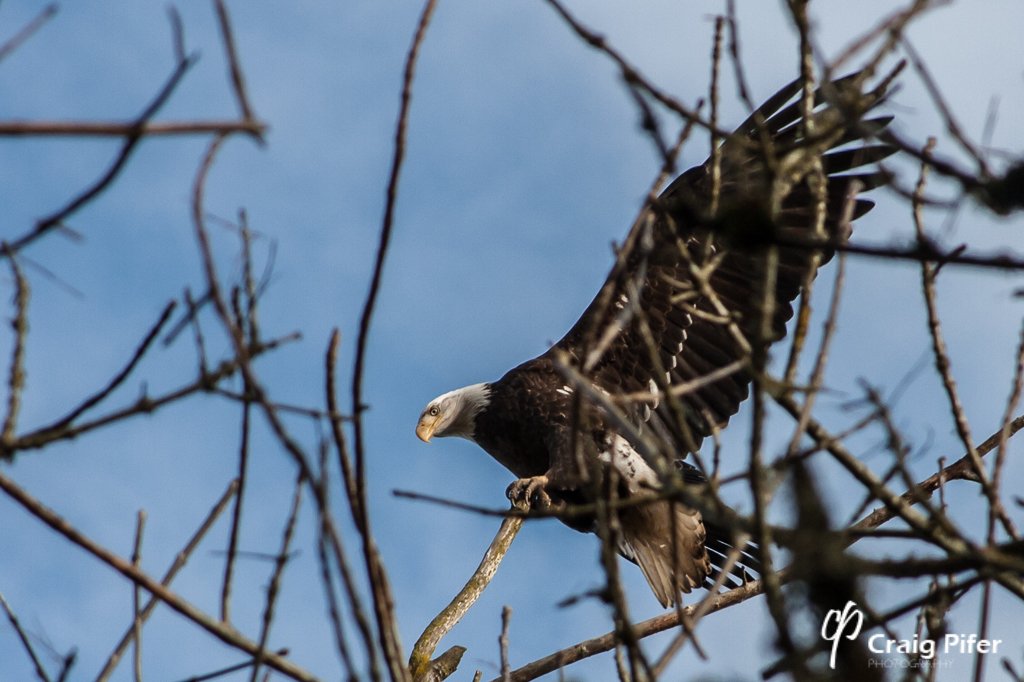 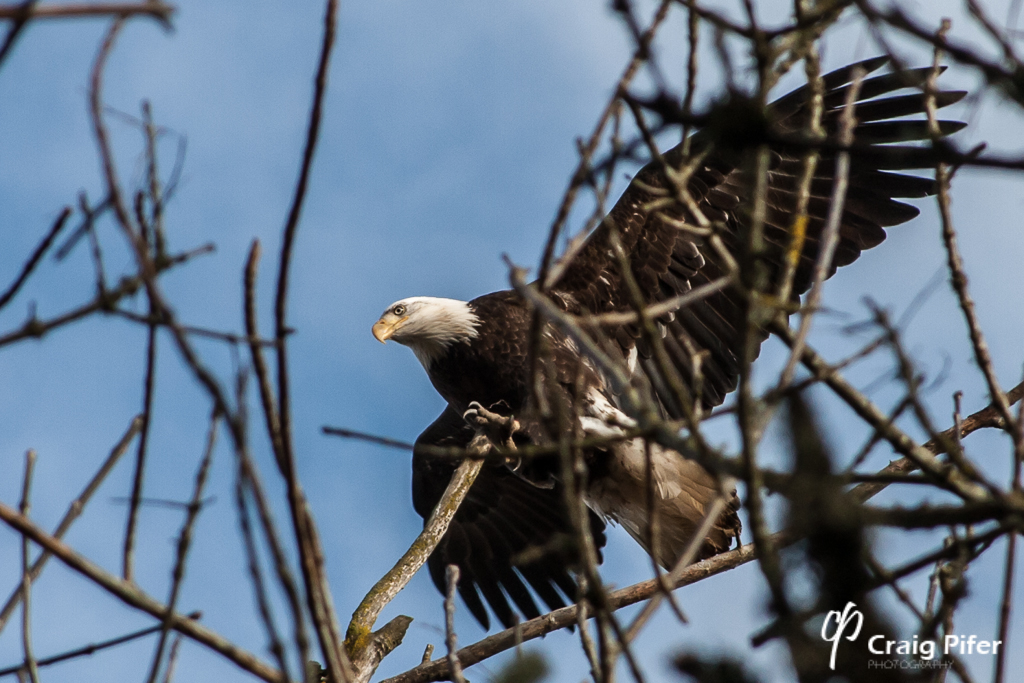 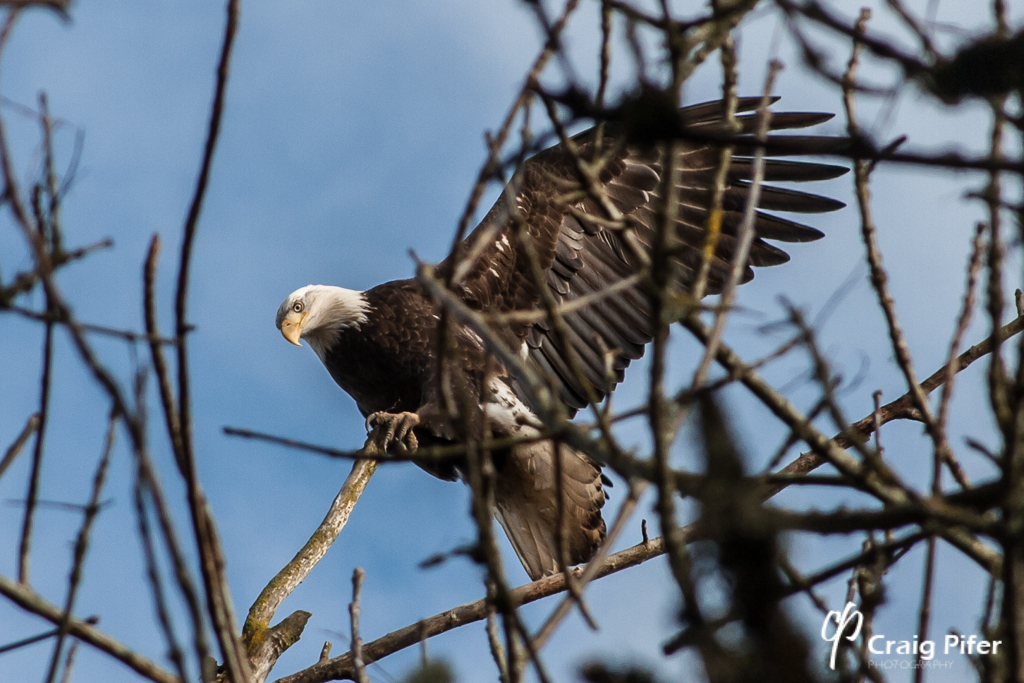 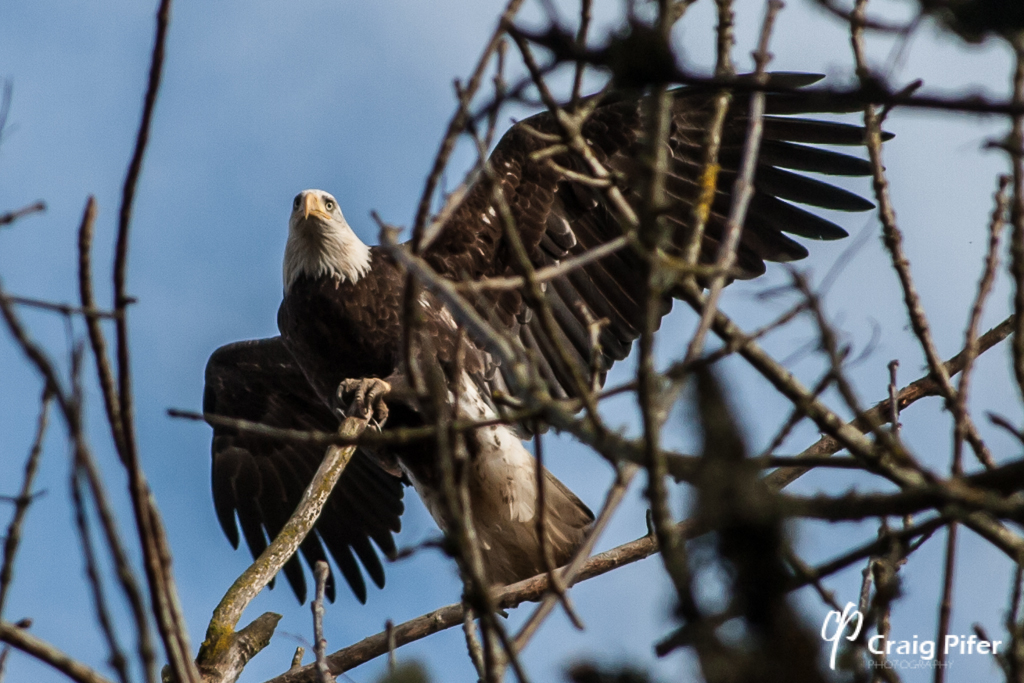 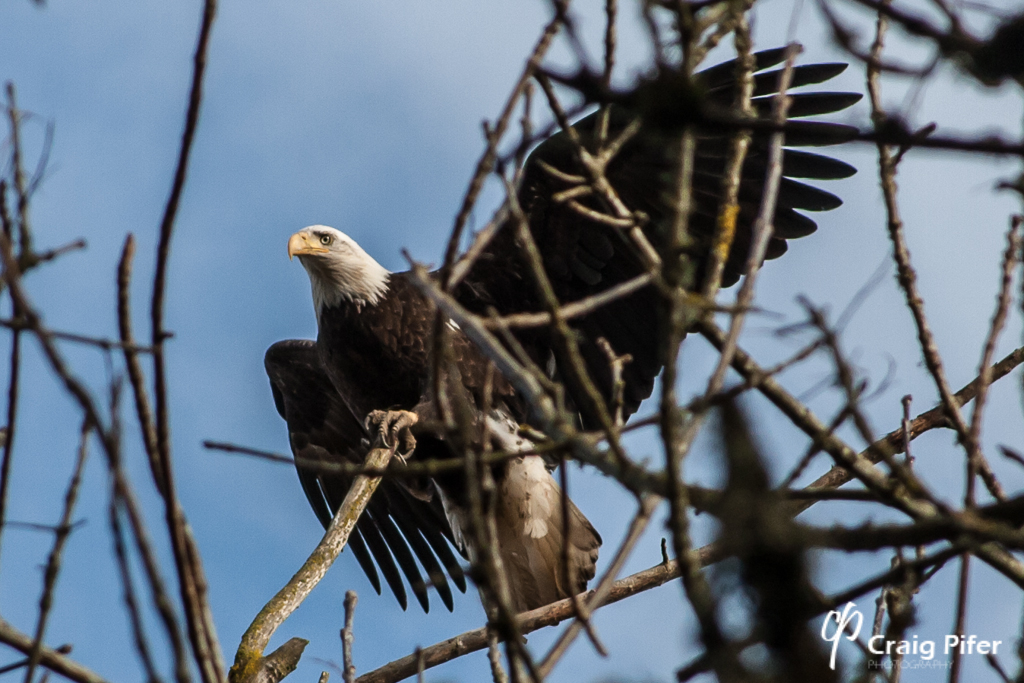 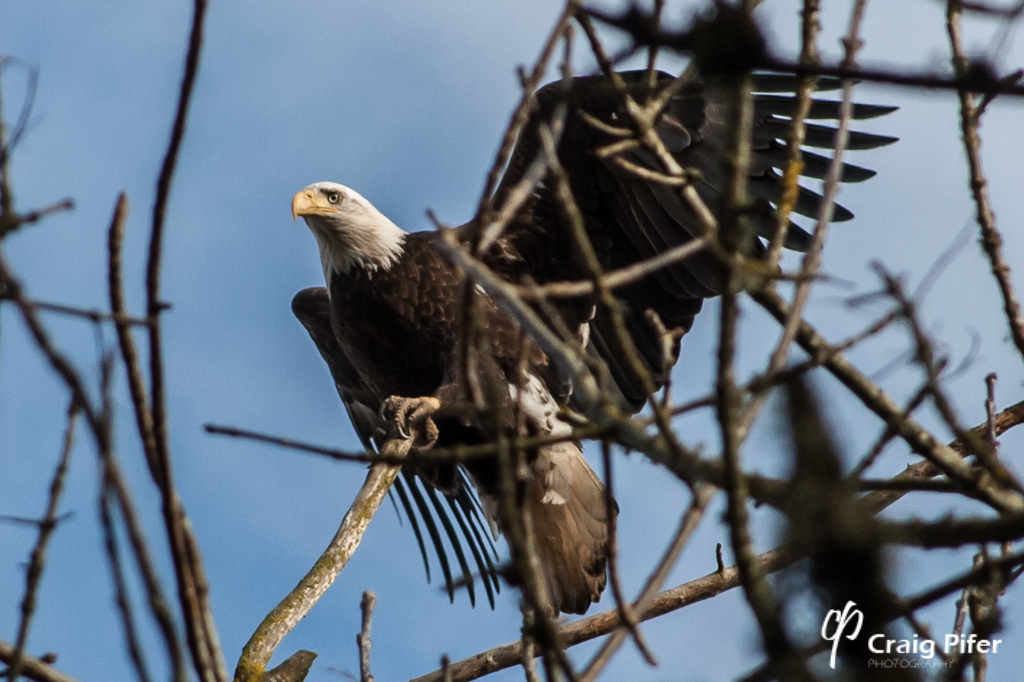 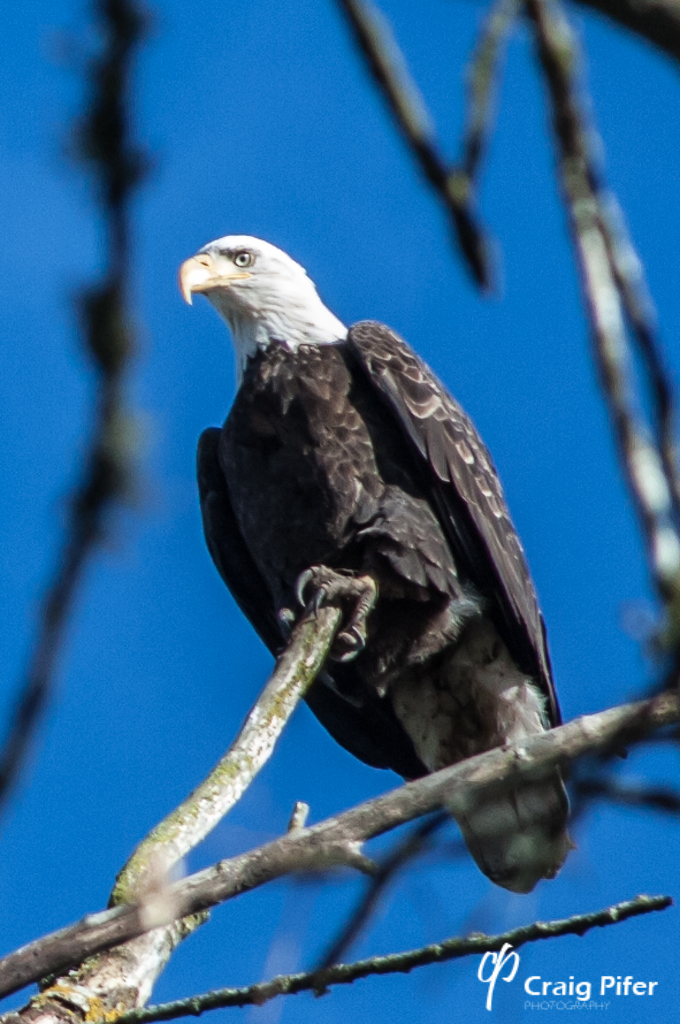 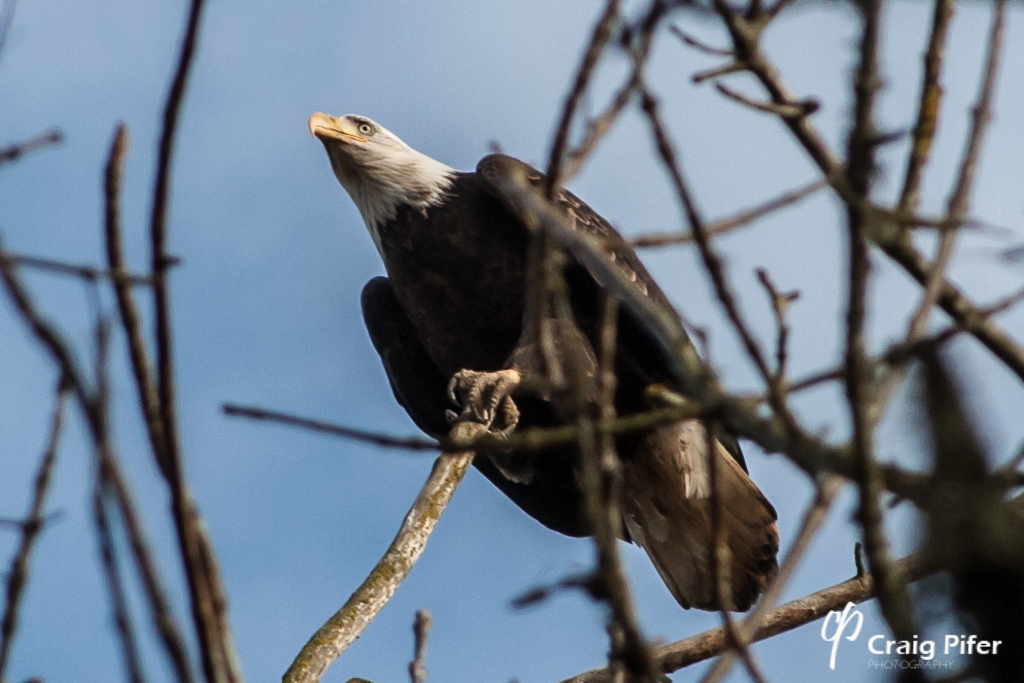 Finally, after doing his best pigeon impression, which caused my wife to scream just a bit (I'm guessing she didn't want to get hit), he flew away. 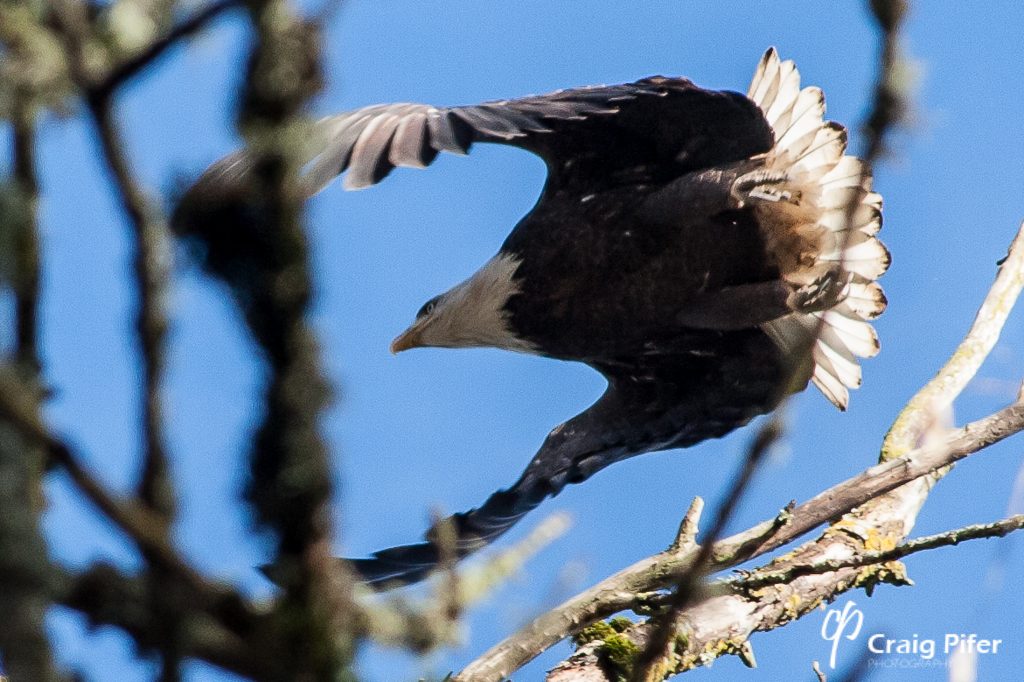 My wife later spotted the pair sitting in a tree quite a ways away, but the trail didn't go anywhere near enough to them to get more photos after this.

Considering what I had to work with, I am fairly happy with these image. All of the above photos have been moderately cropped.

No matter how many times I see bald eagles, it is still a special experience each time. They are truly remarkable creatures.